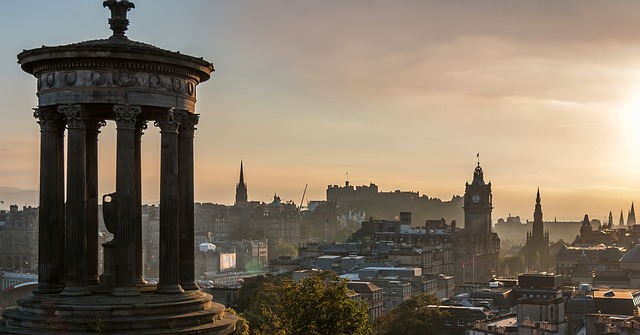 Edinburgh is Scotland’s cosmopolitan capital city, surrounded by a picturesque landscape of mountains, valleys and lochs and framed with a stunning coastline. Although Edinburgh is a vibrant city which is saturated with culture, history and academia, its small town atmosphere provides a friendly and welcoming home to international students all over the world. No wonder then, according to the Daily Telegraph, Edinburgh has been voted the best UK city for two consecutive years.

A City with a Rich Historical Past

Edinburgh’s historical past is integral to the city and you can find snippets of history scattered throughout its landscape. Over three quarters of the buildings situated in the city centre are listed and aside from London, Edinburgh is host to the highest number of listed buildings than any other city in the UK.

One of the most visited tourist destinations is the world-famous Edinburgh Castle. Edinburgh Castle has played pivotal roles during Scottish history. Initially a royal residence, it was then utilised as a military stronghold, serving as the British army’s main base in Scotland until the 1920s. The castle is also home to the city’s oldest building – St. Margaret’s Chapel. The chapel was the only building to remain intact following the wars for Scottish independence in the 14th century. Edinburgh Castle is one of the famous landmarks of Edinburgh and still stands proud and imposing over the city today.

A Cultural Celebration of Scottish Pride and Tradition

There are few cities which celebrate culture quite like Edinburgh does. Aside from eating haggis, wearing a kilt or trying one or two of their renowned Scottish whiskies, you can attend one of their world famous events which are held every year. The city is host to many festivals throughout the year including the famous International Festival and Fringe Festival.

The Fringe Festival is the world’s biggest arts festival and takes place every August. It’s a performing arts festival with an open invitation for experimental, challenging or controversial content in any genre of performing arts from theatre to comedy. Comedy is the largest and most popular section of the festival which in recent years has launched the careers of many household names in British comedy.

Finding its roots in Scotland’s ancient history, the annual Hogmanay celebration has evolved from a fairly conservative street party to a four-day extravaganza to welcome in the New Year. Hundreds of thousands of locals and tourists flood the streets for parades, fireworks, food stalls and music which consumes the entire city.

Art is a huge part of Edinburgh’s cultural makeup and the city is home to the National Galleries of Scotland, five art museums which all focus on different art forms from Post-Impressionism to Contemporary Art. 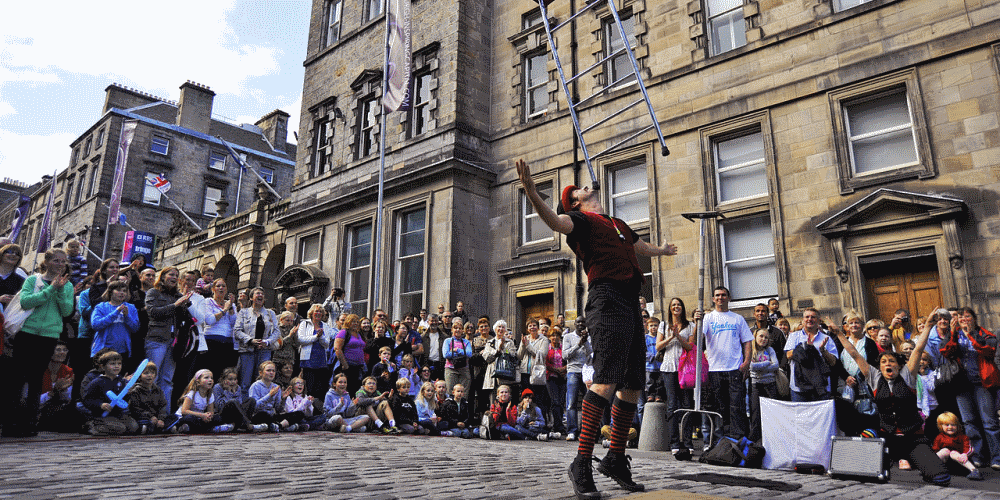 Learn English in Edinburgh and Study in the Heart of Scotland

Edinburgh is home to a diverse international student community, attracting students from all over the world every year. If you choose to learn English in Edinburgh, there are many universities and colleges which offer a wide variety of English language courses to help you learn the language, explore the city and meet its people.

There are a range of ESOL courses available in Edinburgh at one of the accredited UK English language schools situated in the city. All of the accredited schools are regularly inspected to ensure high standards of teaching, accommodation, welfare support and facilities for international students. ESOL courses can suit the requirements of any student skillset and every ESOL course can be tailored to individual student needs. An ESOL teacher will examine your foundational knowledge of English and provide you with the right material so you can learn the language in a way that works for you.

Learn English in Edinburgh and you will have the opportunity to make new friends from around the world, immerse yourself in the rich culture and history of Edinburgh and explore its beautiful surrounding landscape.